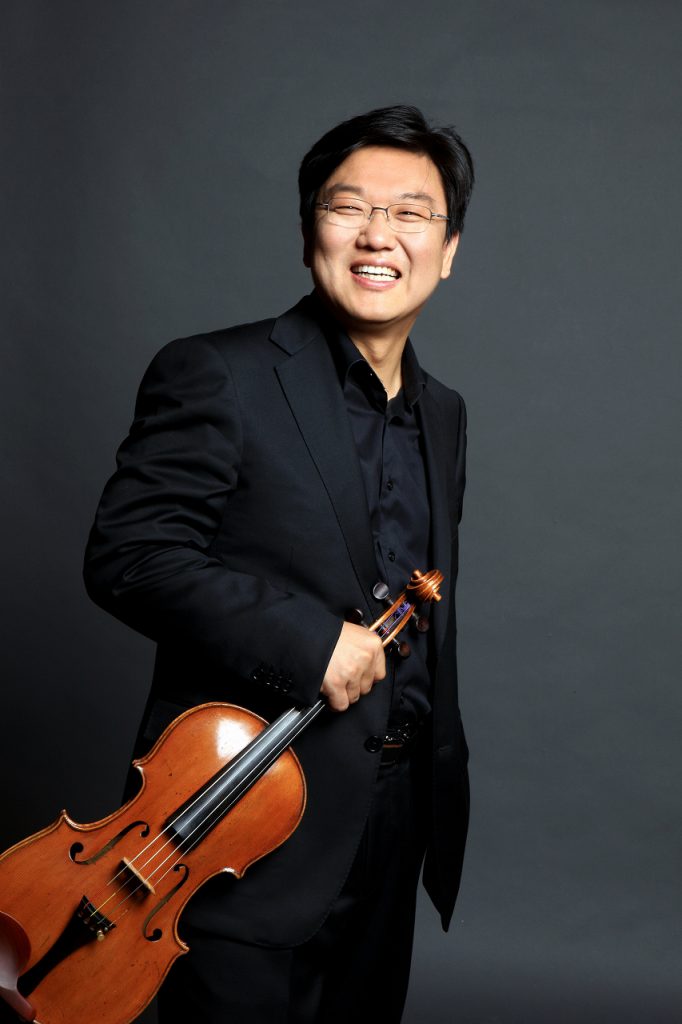 Ensik Choi was born in Busan, Korea and studied with Dong-Ok Shin. After moving to California, Mr. Choi’s exceptional talent was recognized by maestro Myung-Whun Chung and Heiichiro Ohyama, principal violist of the Los Angeles Philharmonic at the time. He was awarded a full scholarship to the Crossroads School for Arts in Santa Monica. He then graduated from the Curtis Institute of Music, where he studied with Joseph de Pasquale, principal violist of the Philadelphia Orchestra.
He was founding violist of the Borromeo String Quartet, with which he was a member for five years. The Quartet won a place on the Young Concert Artists roster in 1991. Since then, Mr. Choi has performed at Lincoln Center in New York, the Kennedy Center in Washington, D.C., Suntory Hall in Tokyo and Wigmore Hall in London.
He has performed at many chamber music festivals, including the Spoleto USA Festival in Charleston, South Carolina and the Santa Fe Chamber Music Festival in New Mexico; the Orlando Festival in the Netherlands; the Vancouver Festival in Canada; the Courchevel Festival in France; the Beijing International Music Festival in China, Viola Space in Japan, and the Seoul Spring Festival and “Just Viola” Festival in Korea.
For three years, Mr. Choi was a faculty member at the New England Conservatory of Music in Boston, where he earned his Artist Diploma with the distinguished violist, Walter Trampler. He later performed with the Amernet String Quartet in Cincinnati and was on the faculty at the College-Conservatory of Music at the University of Cincinnati. He is currently a viola professor at Seoul National University, and Music Director of the Vivace Festival in Korea.