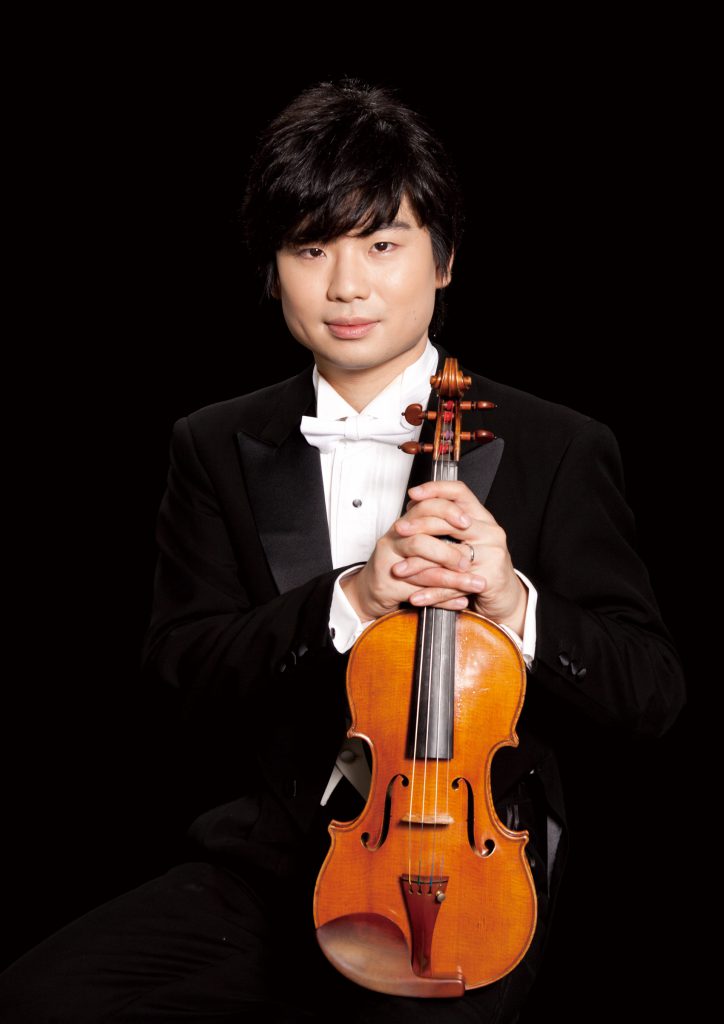 Born in Oita, Akira Mizutani began playing the violin under Jiro Kimura’s tuition at the age of three. He won 1st prize at the 56th Japan Student Music Competition in Nagoya and graduated top of his class at Toho Gakuen School of Music where he studied violin under Kenji Kobayashi, and chamber music under Koichiro Harada, Hakuro Mouri and the Tokyo Quartet. While in the college, he formed the Verus String Quartet, which received a Matsuo Foundation scholarship to participate in the Morse Summer Music Academy at Yale and the Norfolk Chamber Music Festival. He won 3rd Prize in the String Quartet division of the 57th ARD International Music Competition in Munich, becoming the first Japanese medalist since the Tokyo Quartet 38 years previous. He is currently a member of the Virtus Quartet. Akira Mizutani became the youngest concertmaster in recent Japanese history when he began leading the Gunma Symphony Orchestra in April 2010. In addition to playing with various orchestras as guest concertmaster, he has performed at the Miyazaki Music Festival, Kiso Music Festival, Saito Kinen Orchestra, and the Kamakura Geijutsukan Solisten. He became concertmaster of the Tokyo Symphony Orchestra inApril 2013 and also leads the Tokyo Mozart Players.