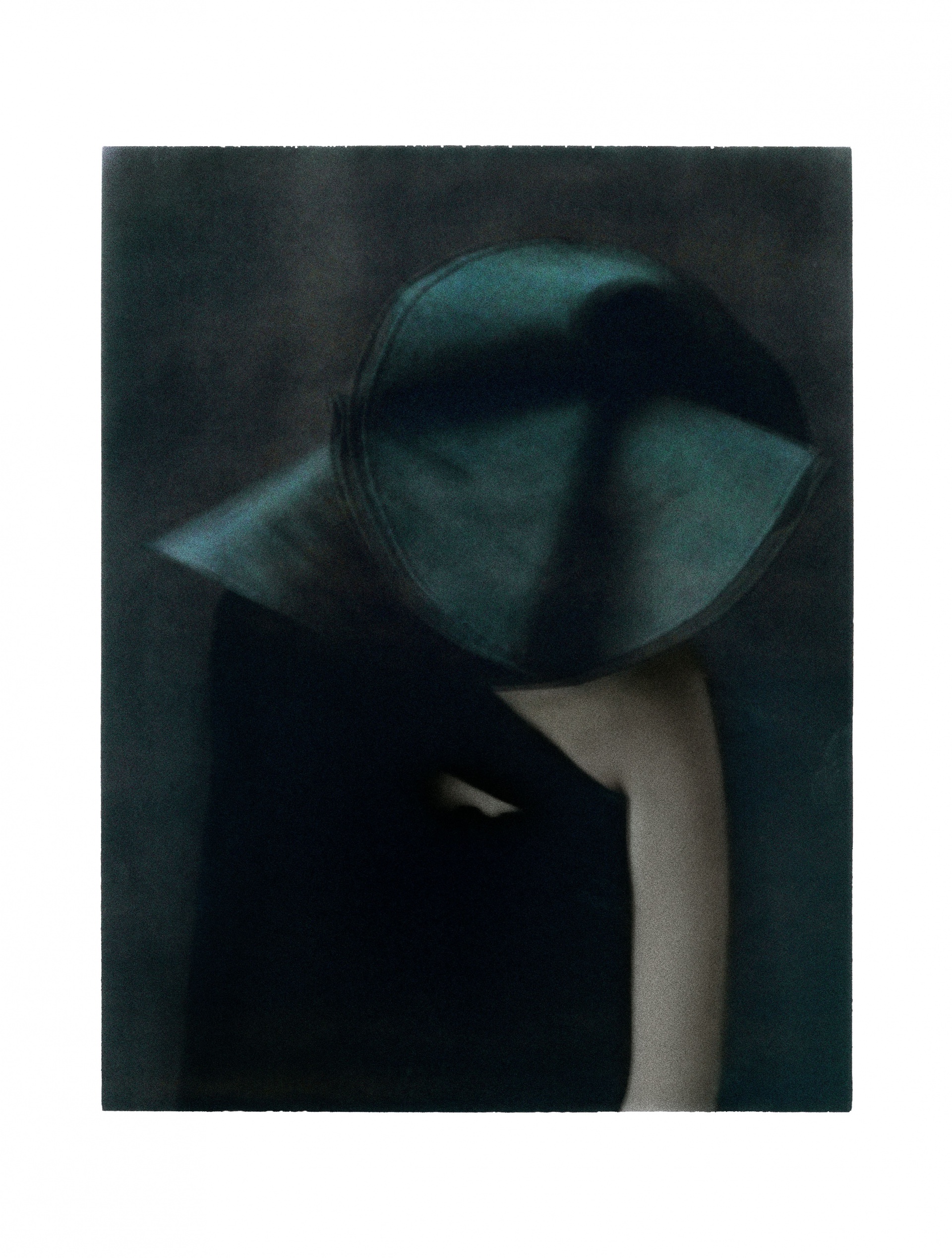 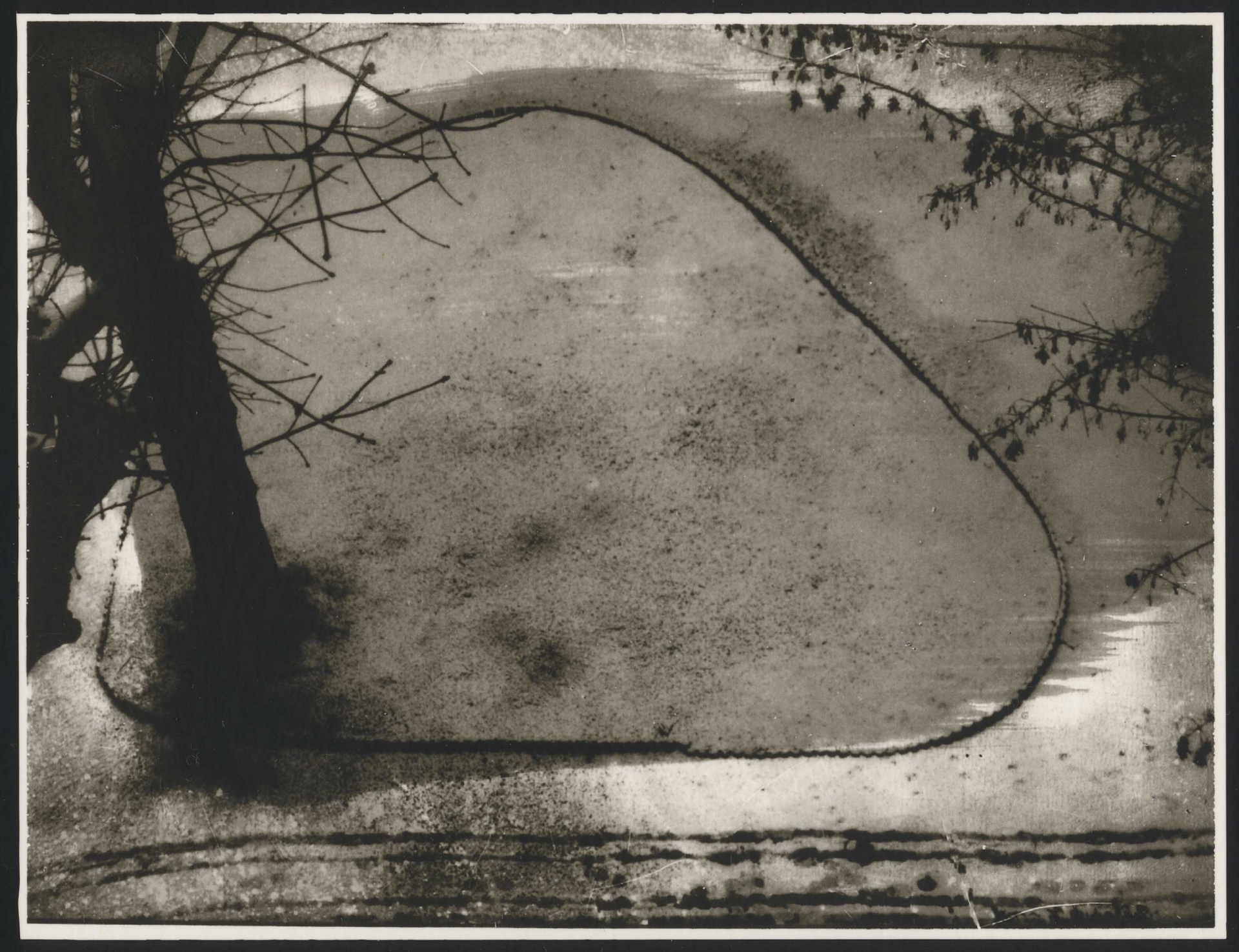 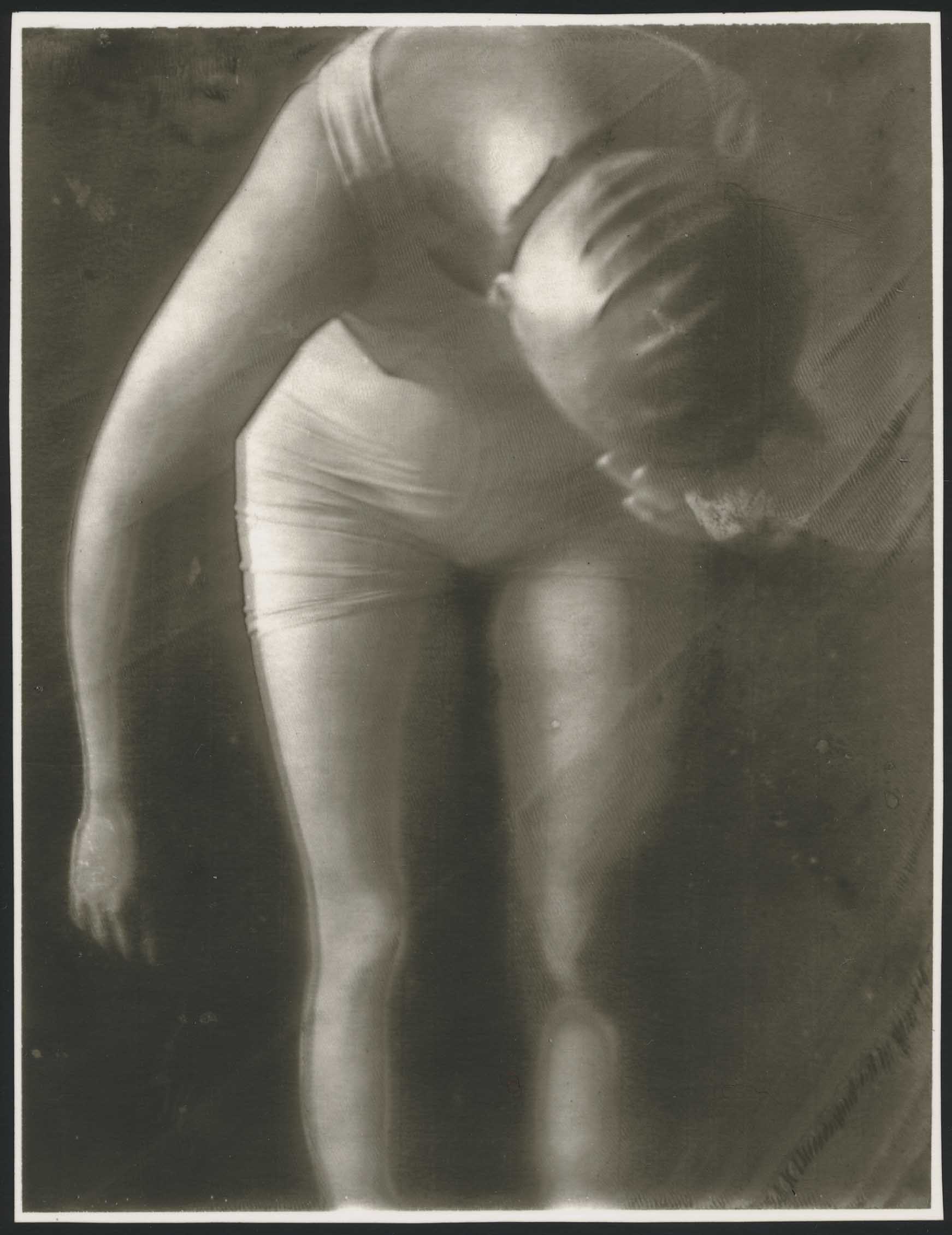 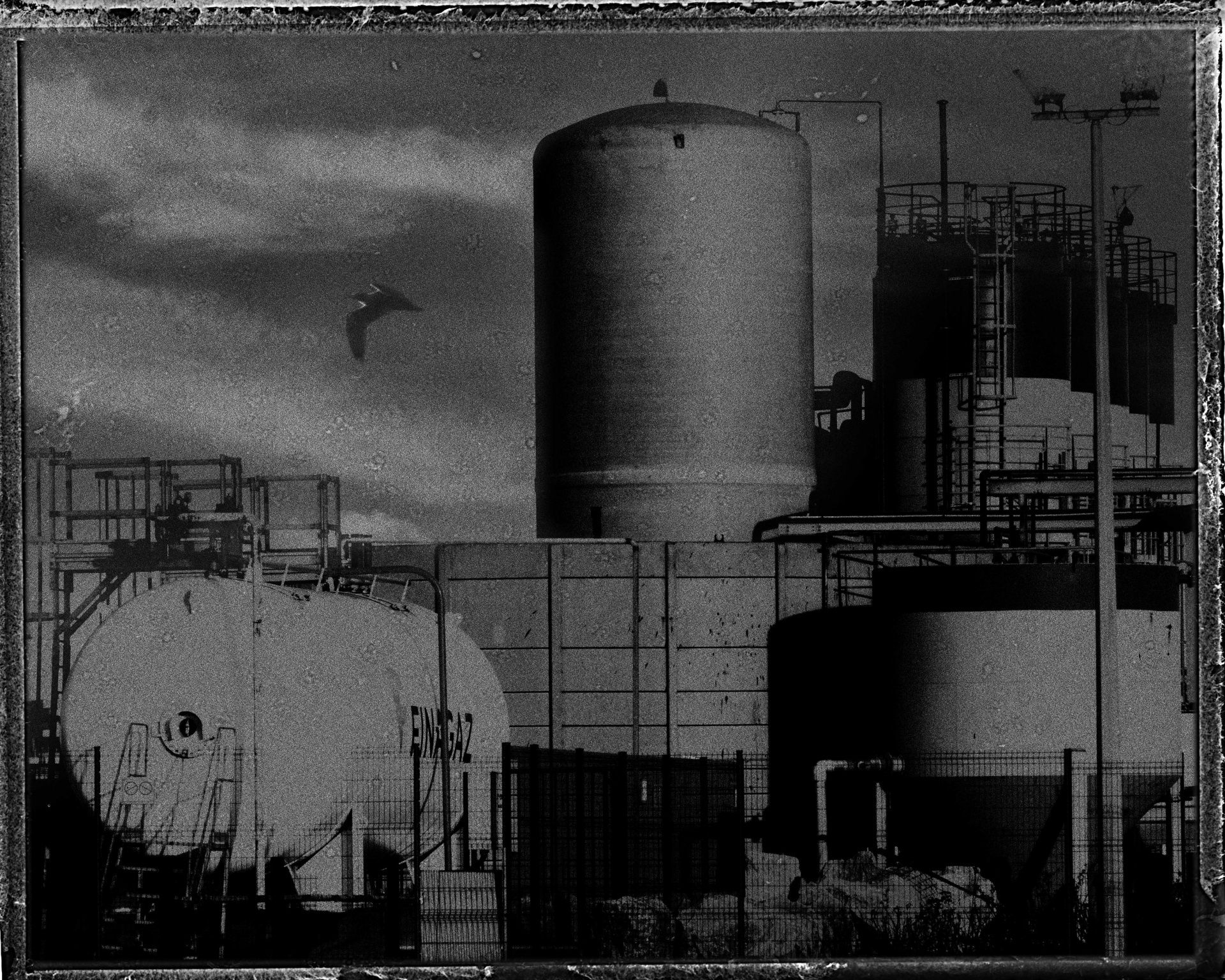 Recognized as one of today’s outstanding photographers and also highly respected for her work as a video artist, Sarah Moon has stood at the forefront of her field for over thirty years, creating profound, fantastical images to make a vision of her own.

This exhibition, which has been organized by Sarah Moon herself, plans to present approximately 100 photographs, centered around her latest works and those that will be shown in Japan for the first time. As the title suggests, the ‘passage of time’ is one of the main themes of the exhibition and is a subject that Sarah Moon has pursued throughout her career.
Through her images of the glamorous atmosphere of fashion and models, animals such as birds or elephants and views of nature, she hints at the transience of time. The unique world she creates through her work arouses reminiscences and nostalgia in the hearts of the viewers in a way that only Sarah Moon is capable of.

Sarah Moon has the following to say regarding the narrative she presents through her work:
‘In my photographs I can only express the echo that I experience from looking at whatever I see. That is why they differ from actual reality. The minute you tell about your own life, you make it into a different story, into a fiction. The same is true of photography.’

Sarah Moon started off as a model in the 1960s before launching her career in fashion and advertising photography in 1970, working with major haute couture houses including CHANEL. In addition to fashion photography, she began working on personal projects and films in 1985. Ten years later, she was awarded the Grand Prix National de la Photographie (1995). Her photographs have been widely published—in several books, including Coïncidences (Delpire: 2001), Circuss (Kahitsukan: 2003), and 1.2.3.4.5. (Delpire: 2008, winner of the prestigious Prix Nadar)—and exhibited internationally in Paris, London, New York, Stockholm, Moscow, and Shanghai. Sarah Moon has directed several films, comprising the feature film Mississippi One (1991); documentaries on eminent photographers and on photography such as Henri Cartier-Bresson (Henri Cartier-Bresson, point d’interrogation, 1995), Robert Delpire (Le montreur d’images, 2009), and Lillian Bassman (There is something about Lillian, 2002), among others; and five short films inspired by the tales of Hans Christian Andersen and Charles Perrault. She wrote and directed her last film to date, 5h-5.

— Why do you always seem to have so much power?

If people think I have a lot of energy, it is probably because I keep fit. A lot of people my age tend to suffer from ill health but I think I am lucky.
I smoke a lot; I don’t eat much and don’t get enough sleep. I also do a lot of work.
I think that working a lot is good for me mentally. Smoking a lot is good for my breathing. I don’t each much because I don’t feel hungry. I don’t drink any alcohol at all.

— Not only do you possess a lot of power, but also you always look elegant.

I think it was about twenty years ago now that I shot a movie about a woman. She was a poor woman, quite elderly, but she was extremely elegant. When I remarked on this, she replied to the younger me, ‘At your age you can wear clothes that will make you popular with others, but when you reach my age, you have to wear clothes that will prevent people from disliking you.’ I have never forgotten those words.
I believe that as you get older, the way you dress changes. However, I have always been involved in the fashion world, I like clothes, and this is something that hasn’t changed.

— What made you become a photographer?

I simply progressed step by step along the path that lay before me; I never made a conscious decision to become a photographer. I started taking pictures and as I found myself improving, it became more interesting and I enjoyed it more. After that I was able to discover my own style.

— You started off as a model in the 1960s then you became a photographer from the 1970s, is that correct?

When I was young, I worked as a model and met many photographers, then towards the end of my career as a model, between 1968 and 1969, I began to photograph my friends. Soon after that I began to receive commissions to take photographs.

— What is the most important thing when you are photographing?

First, it is to feel the desire to release the shutter. After that it is luck, to be in a good place at a good time…and to be moved emotionally.

— Please tell us more about the unique world you create through your work. Were you stimulated by something in particular when you established your dreamlike style?

This is a question I am often asked. In the words of Victor Hugo, ‘form is the substance which rises to the surface’ (La forme, c’est le fond qui remonte à la surface) but I find it difficult to explain what I mean by this ‘substance’. The reason why I say this is that it is not always the same.
I start by carefully feeling for the echo that reverberates between me and the subject I am looking at, then I sublimate this into a work. It can be said that I translate my feelings every time, but it is difficult to explain the process of doing this because everything becomes one.

— What is the most important thing for you when creating a work?

To express it. No matter what technique I use, this is always the same.
Regardless of what the subject may be, all I am capable of expressing through the experience of looking at it is its echo. That is why it differs from actual reality.
In the same way that if I were to start talking about my life, it would become a fiction, once I say something, it will be transformed into a different story. Photography is the same.

— Why did you start working in film?

It is also true of photography, but the thing that really interests me is to tell stories. I like storytelling through photographs, but intuitively I have always had a desire to produce movies. A movie can speak at a rate of twenty-five frames per second. It has a beginning and an end, and in between these there is the transition of the drama. A movie has actors, sound and images; there is also the task of editing. These are what make it different to photography. But for me, they are similar in that they are both fiction. Even when depicting reality, the power of emotion and affection is transformed to become the photograph. When telling a story, I choose the main subject and speak of it through my personal feelings. By so doing, in a certain context, it can be said to be changed into something else.

— Would you be prepared to tell us something about your late husband, Robert Delpire? If you think the time is not right, please ignore the question.

Yes, the time, exactly.
He was a truly special and wonderful person. Everybody says so. He was a great editor. He was totally honest. He was always working and was famous as being the leading publisher of books of photography. So much so that even now, after his death, there will be a new book of his coming out soon.

— How long were you together?

— Did he influence you in your work?

When I first met him, I had just started photography. It was he who gave me the confidence in my work. That is a great thing.

— Is that why you continued your photography?

Yes, I am sure that is the case. Anyway, he was the one who first gave me confidence.

Of course. Particularly in the beginning. Like he provided me with.

— Didn’t you make a documentary about him? Was he happy being photographed by you?

I don’t know if he liked it or not but he let me do as I wanted. He gave me a free hand (laughs). It created great memories.

— What most interests you about photography at the moment?

It changes a lot, but right now I am interested in industrial photographs and have started taking them. In particular, I am drawn to harbors. When I say harbors, however, I do not mean that type you go to for leisure, but rather industrial harbors, with cranes, containers and rows of factories. Of course, we are able to see the ships coming and going, but in a modern harbor, you don’t see any people. Just machines. That is why I think they symbolize a kind of no man’s land. No people, no more ships leaving…that kind of scene. That is why it is so mysterious.

— What camera do you use?

The latest Olympus. I always use the latest equipment, for both photographs and movies. I also use a Polaroid. I mix the two.

— From what viewpoint did you select the works in the current exhibition?

First of all, I thought that I would concentrate on works that have never been shown in Japan before. In order to do this, I increasingly felt that I wanted to take new pictures. I decided that I wanted to show works using expressional techniques that I have never tried before. It felt as though I truly had the wind in my sails.

During this exhibition, some of Sarah Moon’s works collaborated with CHANEL Fine Jewelry, will also be shown at BEIGE Alain Ducasse Tokyo.