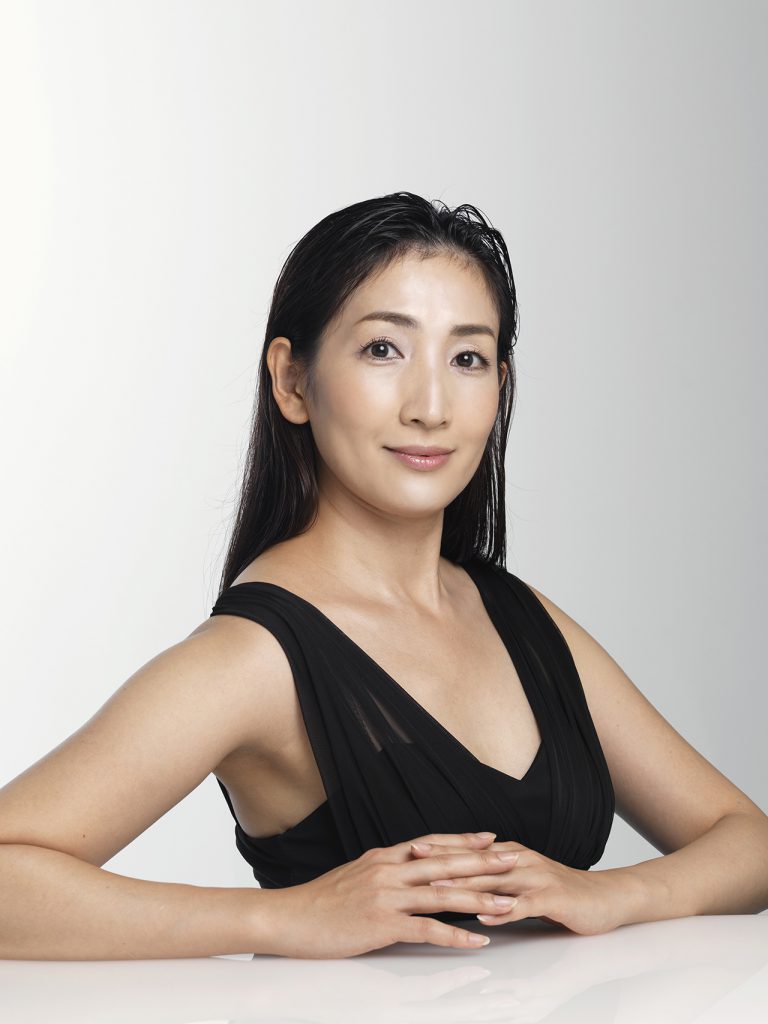 Born in ōita prefecture, Makiko Yoshime graduated from Kunitachi College of Music and went on to earn her Master’s degree at the college’s Graduate School of Music. After completing training at the Tokyo Nikikai Opera Institute, she made her debut at the Tokyo Nikikai Opera Theater’s production of “The Magic Flute”, playing the role of Pamina in 2010. After her highly successful performance in that role, she played Susanna in the “The Marriage of Figaro”, Zerlina in “Don Giovanni”, and Cio-Cio-San in “Madame Butterfly X” at the Kanagawa Arts Theatre (KAAT), where she broke new ground in the field of combining drama and opera.
Since March 2013 she has been studying in Florence, Italy under the Japanese Government Overseas Study Program for Artists of the Agency for Cultural Affairs. In 2015, she returned to Japan and again performed in the Tokyo Nikikai Opera Theater’s production of “The Magic Flute”, and as Yuiko in “Kinkakuji” at the Kanagawa Kenmin Hall. In 2016, she made her debut in the NHK New Year Opera Concert and in February gave outstanding performances in “Pagliacci” as Nedda in the subscription concerts of the Kyushu Symphony Orchestra conducted by Andrea Battistoni. In July 2016, she again performed the role of Susanna in the “The Marriage of Figaro” in the Tokyo Nikikai Opera Theater’s production. She is a guest soloist with major Japanese orchestras and is expected to play a prominent role in Japan’s opera in the future. She is a member of the Tokyo Nikikai Opera Foundation.