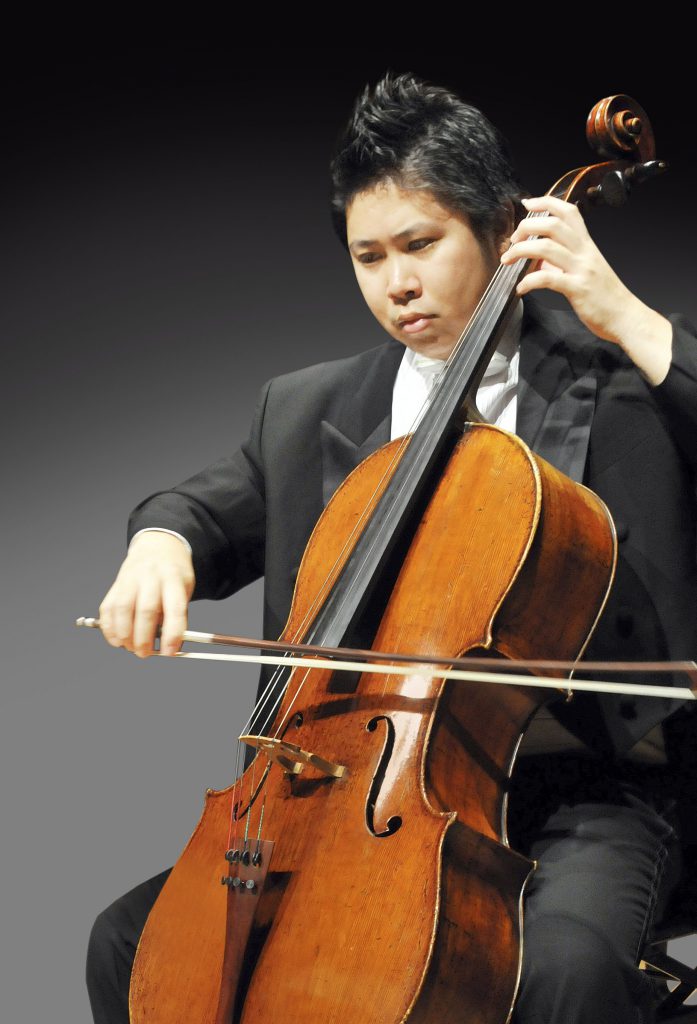 Graduating from the Tokyo University of the Arts at the top of his class, Rei Tsujimoto received the Acanthus Award. Since then, he has won numerous prizes and awards including 2nd prize and the Iwatani (audience) prize in the 72nd Music Competition of Japan, Best New Artist award in the 2007 Kyoto Aoyama Music Award and 3rd prize in the 2009 Gaspar Cassadó International Violoncello Competition. He studied abroad at the Sibelius Academy and Berlin University of the Arts. In 2011, he held debut recitals in five locations throughout Japan including the Suntory Hall in Tokyo. In addition to his participation as a member of the Saito Kinen Orchestra and quartet in residence of the Arkas Sasebo, every summer he attracts attention as a talented musician of the Koji Oikawa Trio “Bee” and Yuzuko Horigome chamber music performance series. In June 2015, he joined the Japan Philharmonic Orchestra as solo cello. To date, he has played with the New Japan Philharmonic, Tokyo Symphony Orchestra, Kansai Philharmonic Orchestra, and Japan Century Symphony Orchestra. He studied under Metta Watts, Orlando Cole, Yorimitsu Kawamoto, Noboru Kamimura, Nobuko Yamazaki, Arto Noras, and Antôni Meneses. He plays a cello built by Antonio Stradivarius in 1724 provided to him on loan by NPO Yellow Angel.
CHANEL Pygmalion Days 2007 Artist.