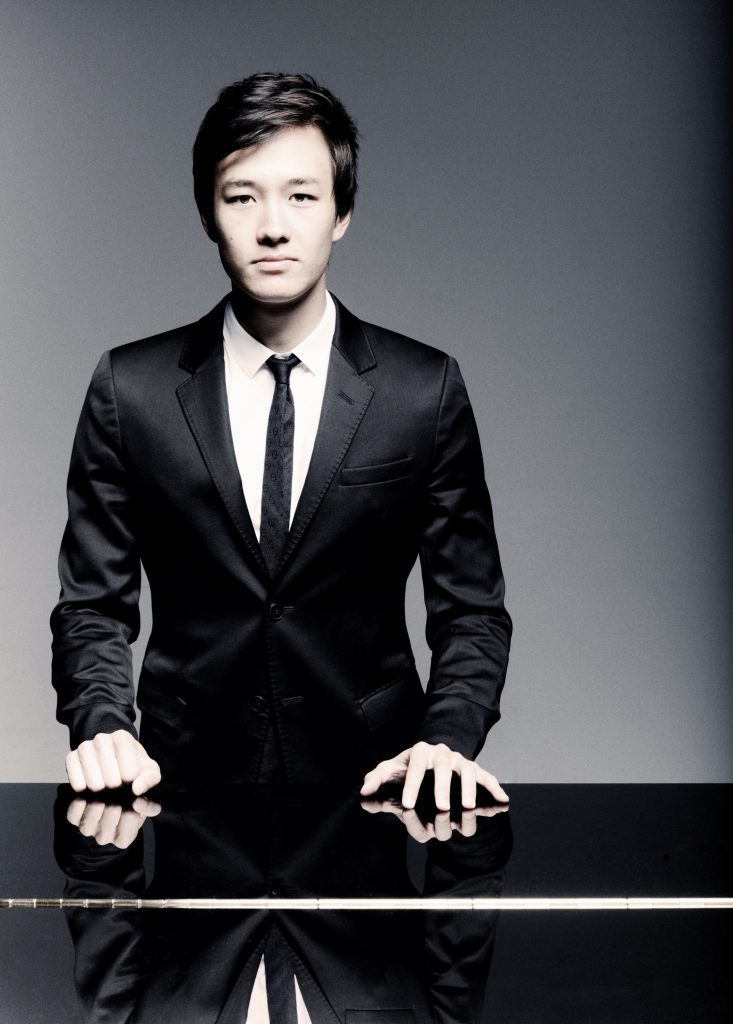 Chosen as one of London’s BBC New Generation Artists for 2013-15, Louis Schwizgebel is appearing with numerous BBC Orchestras and on BBC Radio 3 broadcasts. His first CD, “Poems” (Aparté), features music inspired by poetry, including Ravel’s Gaspard de la Nuit and transcriptions by Liszt of Schubert lieder. He made his New York and Washington debuts in the Young Concert Artists Series at Carnegie’s Zankel Hall in the Peter Marino Concert, and at the Kennedy Center. As a chamber music player, he returns to the Young Concert Artists Festivals at Chanel in Tokyo, Japan, and in Beijing and Wuhan, China.Mr. Schwizgebel has appeared as soloist with numerous American orchestras including the Knoxville Symphony (Tennessee), the New York Youth Symphony at Carnegie Hall, and the Orchestra of St. Luke’s at Lincoln Center, and in Europe with the London Philharmonic, BBC National Orchestra of Wales, the Hallé Orchestra, the Verbier Festival Orchestra under Charles Dutoit, L’Orchestre de la Suisse Romande, the Zurich Chamber Orchestra, the Vienna Symphony Orchestra; in Japan with the Nagoya Philharmonic, and in China with the Shanghai and Shenzhen Philharmonics. Appearances at festivals include the Menuhin Festival in Gstaad, the Festival Septembre Musical de Montreux-Vevey, and in Germany at Festspiele Mecklenburg-Vorpommern. Louis Schwizgebel was born in Geneva in 1987. His mother, who is Chinese, and his father, who is Swiss, are both visual artists. He studied at the Lausanne Conservatory with Brigitte Meyer and in Berlin at the Universität der Künst with Pascal Devoyon. He worked with Emanuel Ax (YCA Alumnus) and Robert McDonald at The Juilliard School, where he was awarded the 2012 Arthur Rubinstein Prize. He currently lives in London and works with Pascal Nemirovsky.