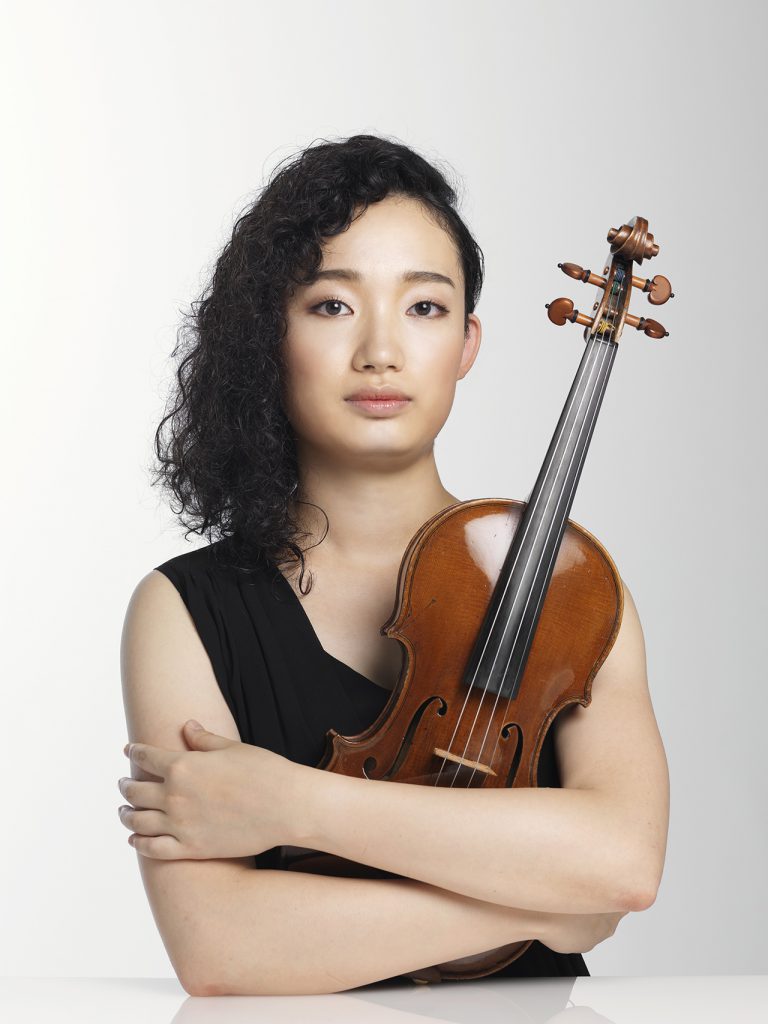 Fumika Mohri won 1st prize at the 8th Seoul International Competition in 2012 (becoming the first Japanese youngest prizewinner), 2nd prize at the 54th Premio Paganini International Violin Competition in Genoa, and 6th place at the Queen Elisabeth International Music Competition of Belgium in 2015. She is a recipient of the Kawasaki City Azalea Prize, the Yokohama Cultural Award/Yokohama Award for Art and Cultural Encouragement, and the New Talent Award of Kyoto Aoyama Music Award.
She has performed with various Japanese and international orchestras such as the Kanagawa Philharmonic Orchestra, the Tokyo Philharmonic Orchestra, the Tokyo Symphony Orchestra, the Osaka Symphony Orchestra, the Korean Symphony Orchestra and the National Orchestra of Belgium. She also performed at the Miyazaki International Music Festival, the Takefu International Music Festival and the International Chamber Music Festival of Cervo in Italy. In September 2016, she made her solo debut at Kioi Hall.
Since completing the Soloist Diploma Course at the Toho Gakuen College Music Department and her studies at the Senzoku Gakuen College of Music Ensemble Academy, Fumika Mohri has been studying under Kaori Tajiri, Sachika Mizuno and Koichiro Harada. She also graduated from the Faculty of Letters, Keio University. In September 2015, she started studying at Kronberg Academy in Germany under Mihaela Martin. She is also a recipient of the 45th Ezoe Memorial Foundation Scholarship.