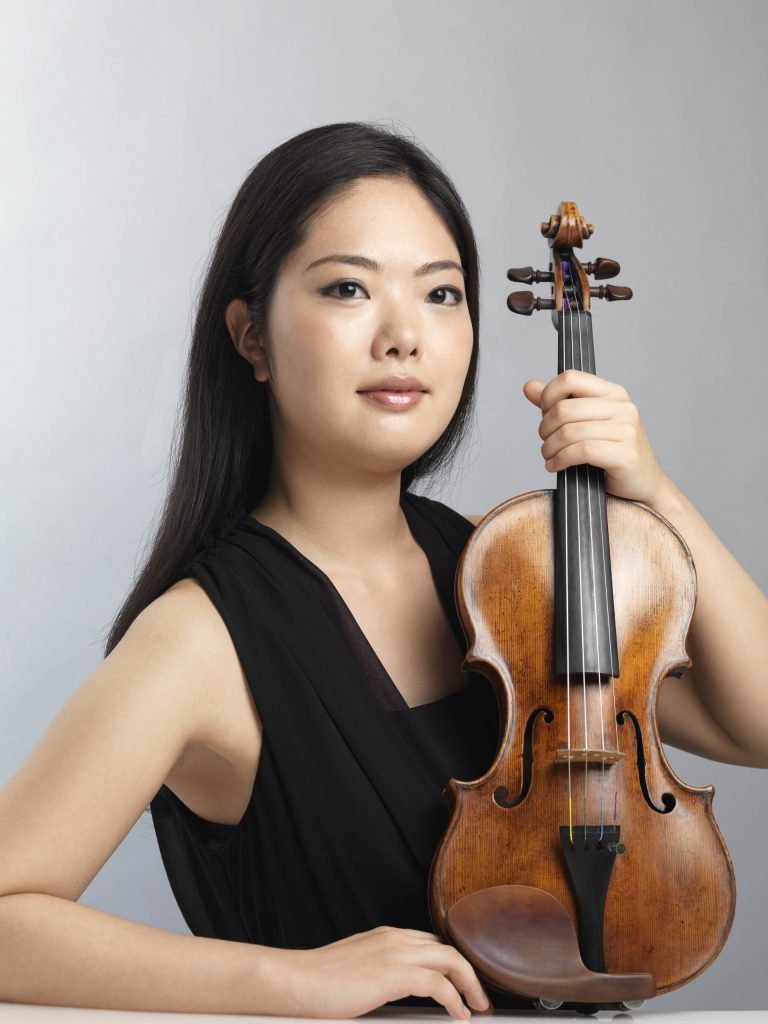 Chieri Tomii began playing the violin at the age of two. She has studied with Professor Koichiro Harada since she was nine years old. She graduated from Toho Gakuen Music High School, where she continued studying with Koichiro Harada. In 2011, she was granted a full scholarship to study with Professor György Pauk at the Royal Academy of Music (RAM), London, where she completed an undergraduate degree with First Class Honors in 2015. She is currently a postgraduate student at RAM and will be graduating in July 2016.
Highlights of her concerts at RAM in London include performances as a leader of the Academy Orchestra, a performance of an Alban Berg Violin Concerto as a soloist with conductor Jac van Steen and the Academy Symphony Orchestra, and a recital at the Japanese Embassy in London. She has been also selected for the London Symphony Orchestra (LSO) String Experience Scheme 2014/15. She has performed in masterclasses with Pinchas Zukerman, Maxim Vengerov, Thomas Brandis, Shmuel Ashkenasi and Sylvia Rosenberg.
To date, Chieri has performed as a soloist with the Sendai Philharmonic Orchestra, Yokohama Sinfonietta, the Tokyo New City Orchestra, the Central Aichi Symphony Orchestra, and the Savaria Symphony Orchestra.
CHANEL Pygmalion Days 2016 Artist.