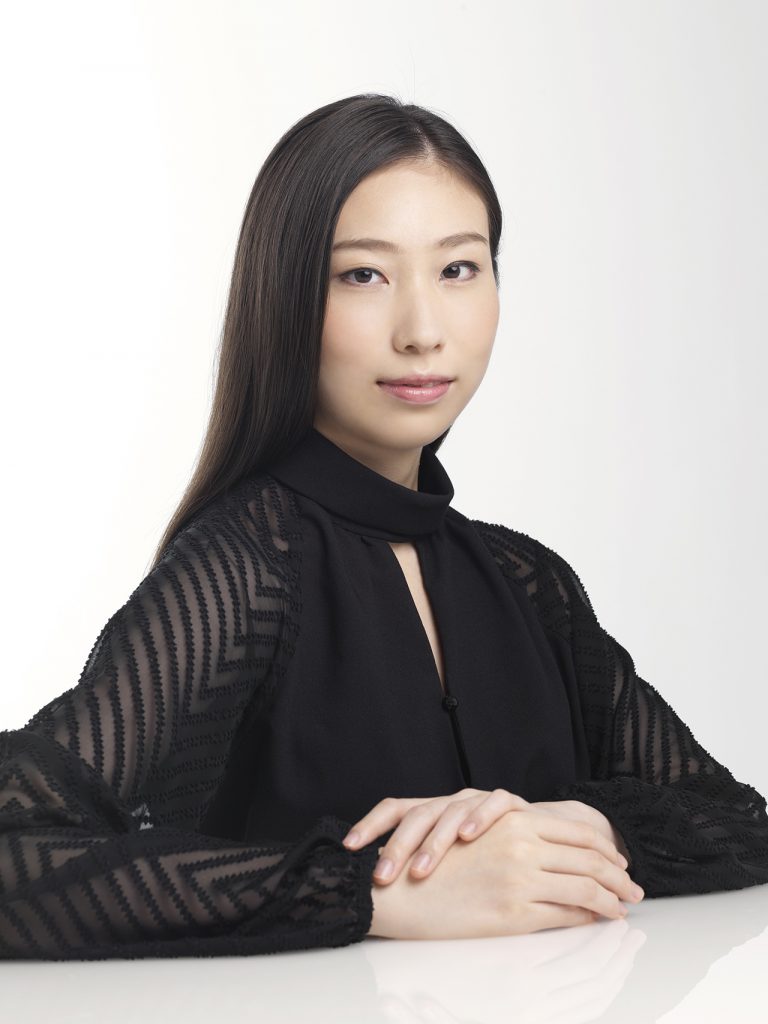 Born in Yokkaichi, Mie prefecture in 1996, Arisa Onoda started to learn the piano at the age of 2 and the violin at 6. She left the Music High School Attached to The Faculty of Music, Tokyo University of the Arts at the age of 16 to study at the Juilliard School under Prof. Choong Mo Kang, where she was accepted as a scholarship student. She skipped grades and graduated from high school a year later. At present, she is a scholarship student at the Royal Academy of Music studying under Prof. Christopher Elton, and she has been a private student of Pascal Rogé since she was 13 years old.
Among her achievements in competitions are Gold Medalist at the Chopin International Piano Competition in Asia, 1st prize at the Chang Jiang Cup International Music Competition, Grand Prix at the Japan Classical Music Competition, 3rd prize at Ettlingen International Competition for Young Pianists, 3rd prize at the New York International Music Competition, 1st prize at the PTNA Piano Competition, 1st prize and Grand Prix at the Juliusz Zarebski International Piano Competition.
She has appeared in various countries including Germany, Austria, Poland and the United Arab Emirates, USA and UK as a soloist, and has performed with orchestras and chamber music groups such as H.M. Górecki Silesian Philharmonic Orchestra in Poland, the Panocha Quartet in the Czech Republic and the Yomiuri Nippon Symphony Orchestra.
Onoda Arisa has received scholarships from the Cultural Foundation of Okada (2009-2014), the Yamaha Music Foundation (2012-2014) and the Mie International Exchange Foundation (2015-), and she was awarded the Elton John Mortimer Award from the Martin Musical Scholarship Fund in 2015.