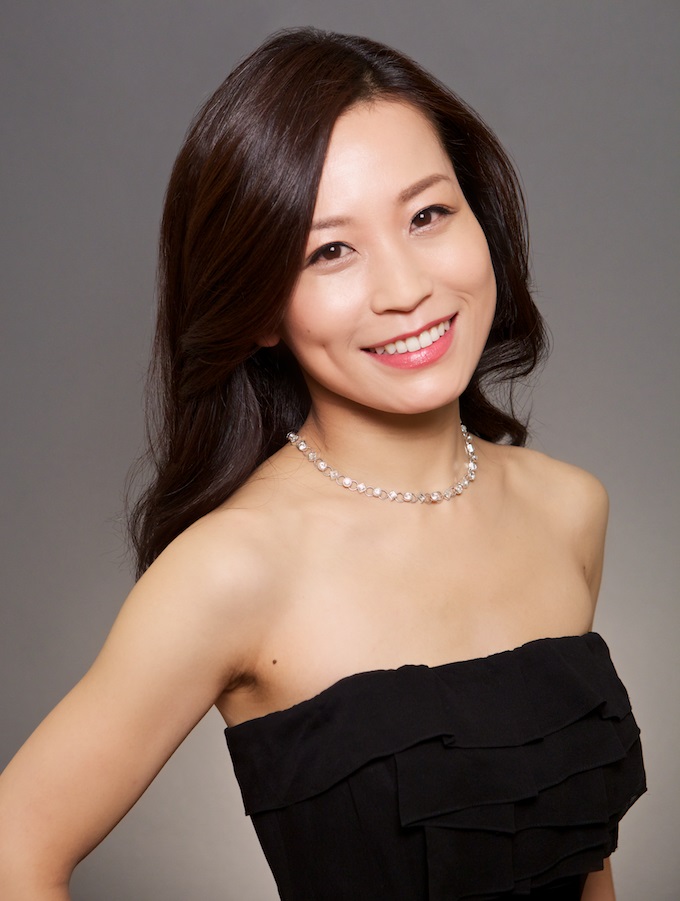 Praised in the New York Times for her “energetic” and “shapely read” performances, pianist Akimi Fukuhara has appeared at many prestigious venues in the U.S.A.—Carnegie Hall, Weill Recital Hall, Alice Tully Hall and Peter J. Sharp Theater in Lincoln Center, Bargemusic, Le Poisson Rouge, and the Millennium Stage in Kennedy Center. Ms. Fukuhara has also performed extensively in Europe and throughout Japan, in such venues as Salle Cortot in Paris, and Bertramka Villa in Prague. In the spring of 2010 she was invited to perform with the legendary cellist, Christine Walevska, whom she accompanied on a concert tour in Japan. One of the recitals, held at Ueno Ishibashi Memorial Hall in Tokyo, was broadcast over NHK-FM’s “Best of Classics” radio program. The live recording was also released from Japan Westminster in April, 2011. In July 2010, she participated in the Zephyr Chamber Music Festival in Coumayeur, Italy. Ms. Fukuhara was born in Osaka, Japan, and started playing the piano under the tutelage of Makie Tago in Osaka, and later with Mie Ishii in Tokyo. She made her recital debut at the age of 12 in Tokyo’s prestigious Suntory Hall, and her solo debut with the World Youth Symphony Orchestra at the Interlochen Summer Arts Academy in Michigan the following year. The live recording of her recital at Hamarikyu-Asahi Hall in Tokyo at the age of 14 was released from Platz Label. Her second disc “Akimi Plays Chopin and Liszt” recorded in 2002 received a critic’s recommendation in Japan’s Recording Arts Magazine. She came to the United States at the age of 15, and a year later won the California Youth Symphony Concerto Competition. This resulted in a solo performance of the Mendelssohn Piano Concerto with that orchestra, and received rave reviews in the local newspapers. She was also lauded in the Cupertino Courier, which wrote that “pianist Akimi Fukuhara impressed the audience with her technical virtuosity.” As a concerto soloist, she has also played with the Palo Alto Philharmonic, Zephyr Music Festival Orchestra, San Francisco Conservatory Orchestra, and the University of California Davis Symphony Orchestra. She studied at San Francisco Conservatory of Music with Mack McCray and Sharon Mann and attained a Bachelor of Music degree. Subsequently, Akimi was awarded the Susan W. Rose Scholarship at the Juilliard School, which enabled her to study with Yoheved Kaplinsky. Ms. Fukuhara resides in San Francisco, and continues to expand her performing career both as soloist and chamber music artist. CHANEL Pygmalion Days 2011 Artist.